Maariv Group is one of the top 5 publishers in Israel, with more than 40M monthly page views in five different digital assets, including two mobile apps. It covers various content types, such as news, sports, business, and lifestyle and generates over 200 articles each day.

The Challenges & The Solution

Maariv Group has been trying to manage their inventory and maximize their yield using an in-house team, and felt like they reached their “glass ceiling”. Optimon’s team has started monetizing the group’s inventory back in Jan 2018.

The feeling of having a “glass ceiling” disappeared rapidly as the group’s ad revenue doubled after only three months of work.

Three years later, with the help of Optimon’s platform, the group has reached an amazing result of ~740% uplift in revenue since Jan 2018, with only small changes in incoming traffic.

“Optimon’s team has made the unexpected. They made us believe in miracles. After doubling our ad revenue once, and then once again, and keep on improving - we started to believe that nothing is impossible, and all it takes is some pros with extra drive and professional data analysis tools like the Optimon platform.” 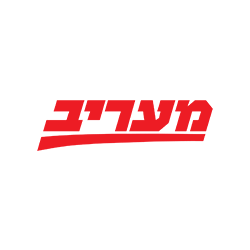 Found it interesting? feel free to reach out to us in the following form and we’ll get back to you soon.

We are happy to see you here 😎

We’ll be happy to partner with you and find the best way of growing together! 🚀

Drop us your email below and we’ll contact you back shortly.